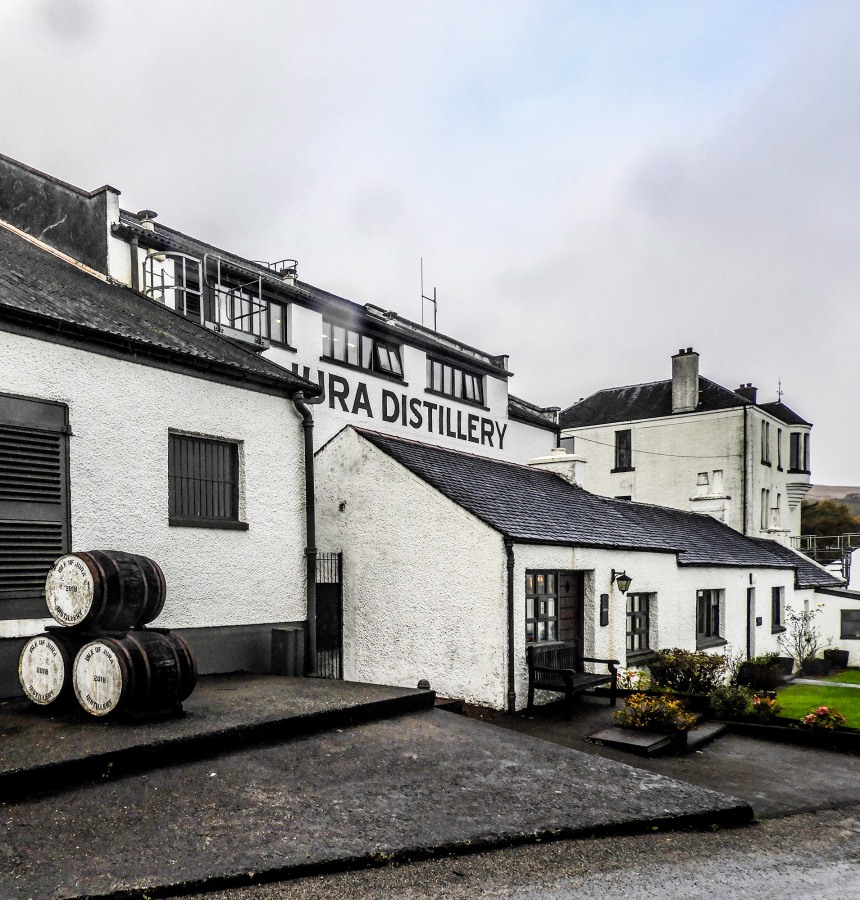 There are currently only eight distilleries on Islay, so to get to the last of my nine distilleries entailed a short ferry trip to the island of Jura. Despite being thirty miles long and seven miles wide, Jura has a population of less than 200, and only one road, one pub, and one distillery. The Jura Distillery was founded in 1810, but more or less completely rebuilt just fifty years ago. It’s whiskies are generous in taste and flavour – as was the hand of our host in the tasting rooms. The whole experience was well worth the crossing.
To complete the cycle of all eight Islay distilleries is a crowning achievement in anyone’s life. Once done, one can settle down to living the rest of one’s life in a kind of peat whisky fuelled glow. The task has been done – and would never need doing again. Unless, of course, someone was to build a new distillery on the island and then the whole exercise would need to be done again.
As we were driving from Bunnahabhain to Caol Isla we saw the construction traffic and then the signs …. “Ardnahoe Distillery – Opening Late 2018”