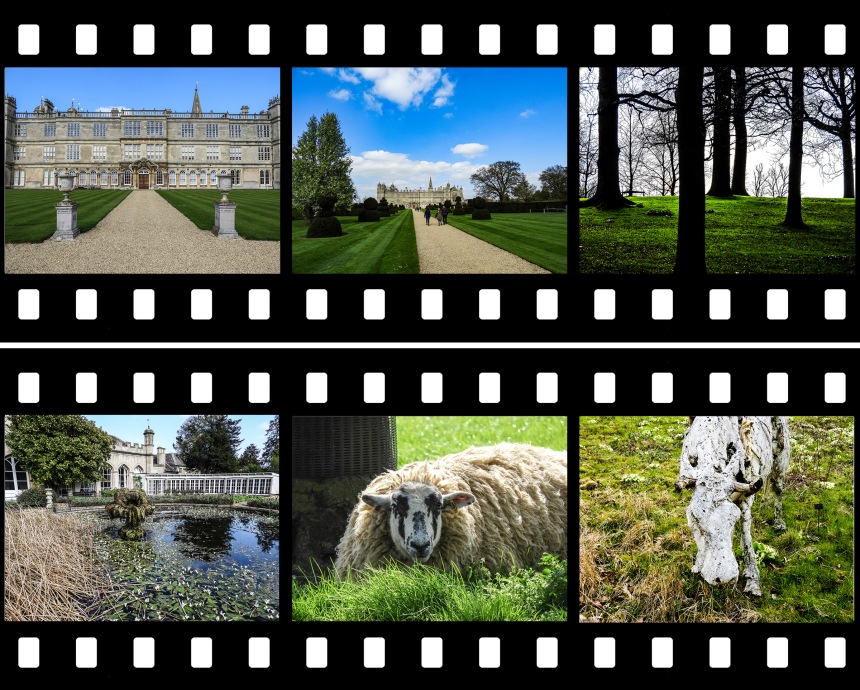 We seem to have been out and about a lot over the last week or two and I have a pocket-full of SD cards with photographs of many of the places we have visited. One of the problems, of course, of modern digital photography is that we take far too many photographs and save far too few. Most of mine go into a ubiquitous file with the apt name of “Dump”, and remain there until either the computer – or possibly myself – fades into dust. At times I would happily swap the convenience of unlimited instant images for the lasting physicality of a strip of acetate film. At least I can pretend that my photographs are still joined together at the hip and present them as collectively and at the same time provide a link to my Flickr account where they can be viewed individually.

Burghley House and Gardens cling to the southern extremities of the county of Lincolnshire. The house was built by William Cecil, the Lord High Treasurer and Chief Minister to Queen Elizabeth 1st. The extensive parkland surrounding the Elizabethan mansion consists of formal gardens, sculpture parks, woods and meadows – the park is the home of the internationally famous annual horse trials. Cecil is remembered as one of the most powerful men of Elizabethan times, a consummate political animal who once said of himself  that “he was sprung from the willow rather than the oak, and he was not the man to suffer for convictions”. Cecil, it appeared, had a great interest in heraldry and genealogy, and was anxious to establish a new English aristocracy from the ruins of the old Catholic order.  His success can perhaps be judged by the fact that one of his direct descendants still lives in Burghley House today.

tagged with Six From