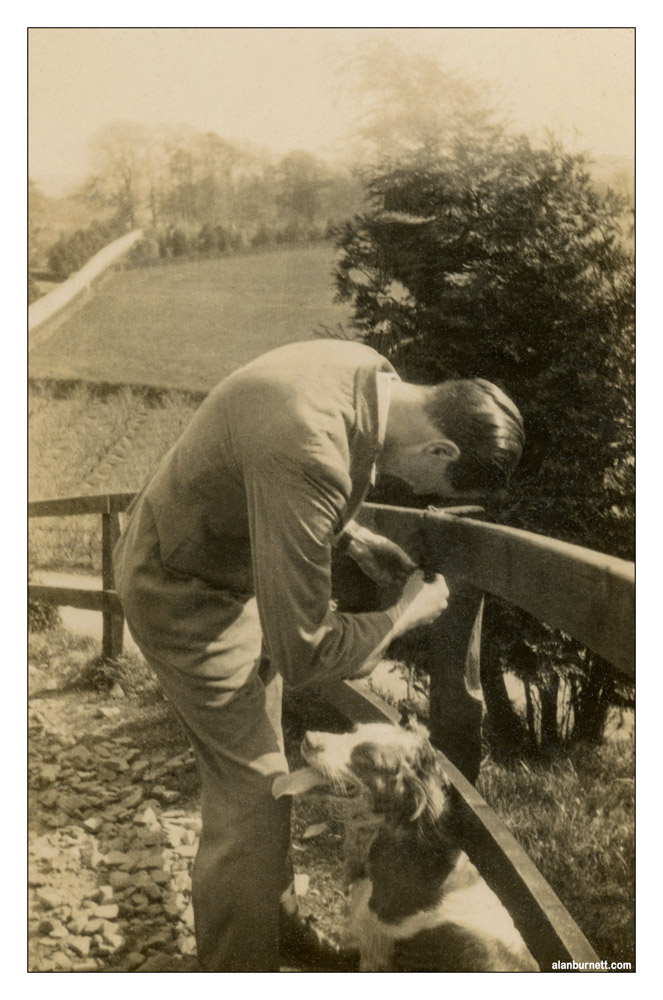 This is an intriguing little photograph (just six by four centimetres) from a tiny album of photographs I bought on what we in Yorkshire call t’internet. All the photographs date from 1931 and 1932 and were taken in and around Ruperra Castle in Wales. At the time, the castle was owned by Evan Morgan, 4th Baron and 2nd Viscount Tredegar who was a noted eccentric and poet who had interests in the occult. He also had a circle of famous friends from the world of the arts and entertainment – including Aldious Huxley, Lord Alfred Douglas, Augustus John, Nancy Cunard and H.G. Wells. At the time of this photograph (April 30 1931) Morgan used Ruperra Castle for weekend gatherings of his “set”. I have no idea who the man featured in the photograph is, but the picture is captioned, “Duke, Ruperra”.

During World War II, Morgan joined M15 where he was given the suitably eccentric task of monitoring the flight of carrier pigeons. He seemingly let slip departmental secrets to two Girl Guides (you couldn’t make this up!) and he was court-martialed out of the service.